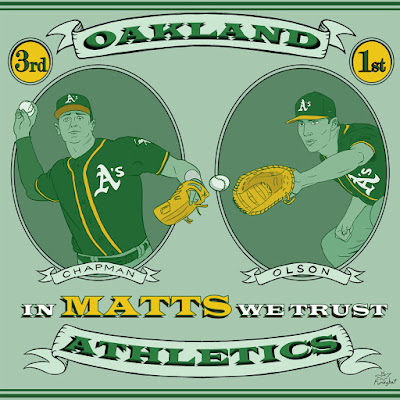 (Update: As of the final day of the Bay Series, I was excited to learn that my framed print was sold to a fan!  Proceeds will be split between myself and the A's & Giants' Community Funds!)
Posted by Kevin Wood at 10:42 PM